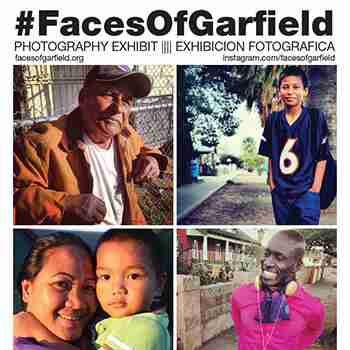 I collaborated with Diana Pérez-Ramírez and Chandra Narcia to work on Faces of Garfield a documentary photography project in 2014. We created this project because the historic Garfield District in central Phoenix is quickly becoming gentrified. We wanted to show the face and ideas of the community who is being pushed out economically and through aggressive policing.

Over a 6 month period we went out twice a week during the golden hour and captured the stories and photographs of Garfield District residents. We put up their portraits and graphic text of their names and ideas on community and creativity onto Instagram. With the help of jose d lopez of Devlabs we built a website that pulled Instagram images using #facesofgarfield, so everyone could contribute photographs.

Somos Arizona helped with large format printing costs and the City of Phoenix hosted our exhibit at Verde Park. We had small print outs for residents to take home and a screen projecting the images everyone submitted using the hashtag. Garfield District artists Mystic Blu, Cassandra Hernandez, DJentrification, DJ Mr. Phx performed and Angel Diaz drew sketches live of community members. The exhibit had a huge turn out and was a positive celebration of our neighborhood, while challenging stereotypes. 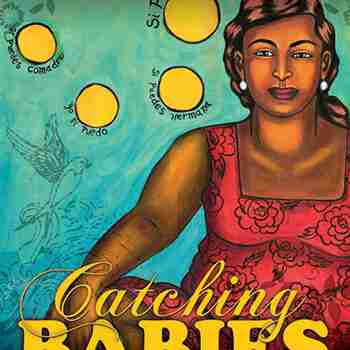 What if we could change the world by changing the way babies are born?

Catching Babies is a 60 minute documentary film that weaves the stories of mothers and midwives on the journey to bring life into the world.  Filmed along the US-Mexico border in El Paso, Texas,Catching Babies follows four young women as they study midwifery at Maternidad La Luz. As the women juggle their rigorous academic struggles, they must also provide quality health care to mothers and babies. Watch the sister-midwives as they live and learn in this transformative space, which gives birth to babies, mothers and midwives. 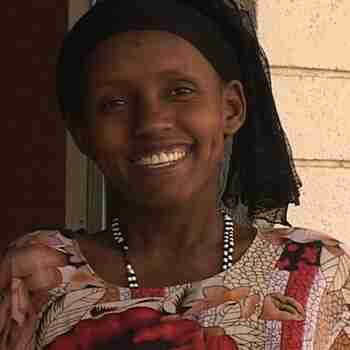 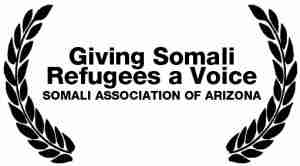 A Little Rebirth from Barni Axmed Qaasim on Vimeo.

A Little Rebirth is a 30 minute documentary about the creation of the Somali Association of Arizona by Somali immigrants and refugees in an effort to help the newest arrivals from refugee camps abroad. Meet two faces found at the SAA: Mumina, a disabled expectant mother facing economic hardship, and Mohamed, a teenage boy who eagerly explores American culture while using his growing knowledge to help other Somalis.

Explore the resilience of the human spirit through the story of refugees from the Somali Diaspora settled in Phoenix, Arizona. A Little Rebirth shows how this community has taken root and bloomed, all the while creating an infrastructure to assist new refugees as they arrive from war-torn Somalia and dangerous refugee camps.

You will hear stories of sorrow and abuse but also of survival. You will learn about the struggles and hardships of starting new in a foreign society, but you will also witness success.

In 1991 the onset of the civil war in Somalia marked the end of life in Somalia as we knew it. Come witness a little rebirth as we Somalis survive and rise in the desert of Phoenix, Arizona.

A Little Rebirth won an award from the Somali Association of Arizona for “Giving Somali Refugees a Voice.” It is still is regularly aired on PHXTV and Know99 television stations in the Phoenix Area. My greatest compliment was when, before its release date, I found it was being bootlegged in Somali stores across the country.