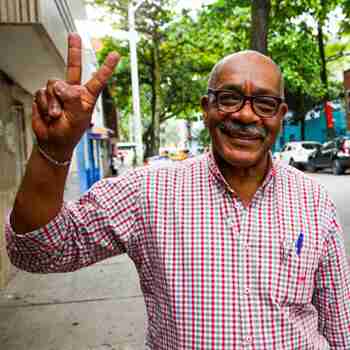 I travelled with Ayọ Tometi, Executive Director of BAJI and co-founder of Black Lives Matter to document an encounter with PCN and Afro-Colombian leaders. The two groups shared history, stories and strategy for organizing. We went to Cali, small towns in Cauca, and Medellín and met with leaders of different Afro-Colombian and Indigenous communities. I took photos, created memes, and made videos of the encounter between these two communities.I also created a news story for AJ Plus Español because we arrived the day after the peace agreement was voted down by the popular vote. We learned about the conflict Afro-Colombian communities have between transnational corporations who are polluting their waters and lands.  Mina Charo-Rojas was our guide and we met with Esther Ojulari, Efraín Viveros, Ajamu Baraka, and leaders from Centro Popular Afrodescendiente. 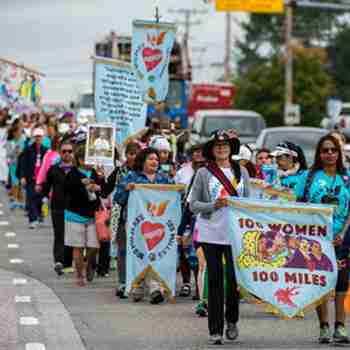 I was the videographer for 100 Women 100 Miles, a pilgrimage of 100 undocumented women to meet Pope Francis when he visited Washington DC. I walked with the women and filmed interviews while we walked. I edited profile videos of the walkers each night in the hotel and created a final video. I made a total of 12 videos including a video about Ana Cananguez who walked with the same sneakers she wore to walk to the US, Amy Kele a teenager who hasn’t seen her parents in 7 years, and Maricruz and Pati who use their faith to help them cope with the insecurity of being undocumented mothers. This was a collaboration with The National Domestic Workers Alliance and their member organizations including Mujeres Unidas y Activas, El Congreso de Jornaleros, Puente Arizona and other groups I love working with. 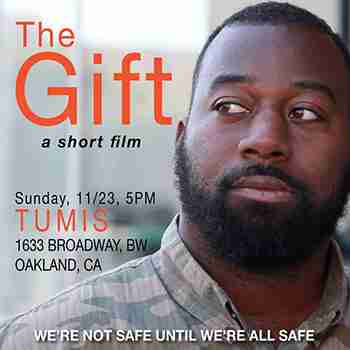 The Gift is a narrative short I created with Milan Joshua Hawthorne for a series, Indigo Prophecies, an urban Twilight Zone. The Gift is a story about mental health in the Black community during the #BlackLivesMatter movement and it is rooted in African spiritual traditions.

“The Gift” is a short film about Kamau who is struggling to keep a hold on reality while his Oakland, CA community is being terrorized by killer cops. Haunted by visions of a young boy, Kamau must find out if he is being confronted by his sanity, the ancestors, or a powerful premonition. 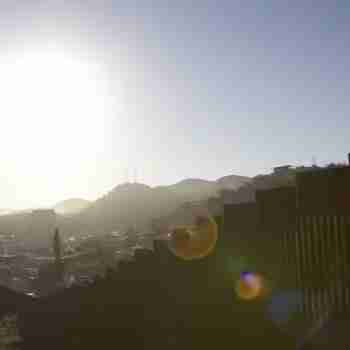 Shut Down ICE was a historic week when undocumented activists made the call to all grassroots organizers and the mainstream immigrant rights movement to disrupt the system of deportation through non-violent civil disobedience.  They kicked it off with a week of civil disobedience and protests at immigration offices across Arizona state. There were coordinated actions at the Nogales border, Tucson where Operation Streamline does mass deportations, and in Phoenix at the Immigration and Customs Enforcement office.

I coordinated media teams across the state so that all of the actions were recorded, photographed and live streamed. I prepared press packs and produced a final video that came out the same afternoon. I filmed along with Chandra Narica, Diana Pérez-Ramírez, Murphy Woodhouse, J.M. Aragón, Dennis Gilman, Alonso Parra and Jonathan Alvira. In the days before J.M., Chandra and I shot all of the b-roll images for the video including a timelapse of the sun rising over the border fence and waiting along the freeway for the busses that deport immigrants to pass.  Marisa Franco and B Loewe wrote the narration. We made a Spanish version too. We focused on people on the bus, while corporate media focused on the activists. 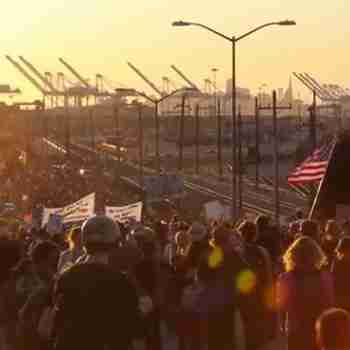 I edited this video with a media team for the LeftBay99 movement to support the Occupy Wall Street Movement in Oakland, CA. I was one of a team of 8 videographers who went out to capture the events at the November, 2, 2011 Oakland General Strike. We set up a media lab near the action and the team dropped off all of their footage shot on various cameras and formats. I edited the final piece with the help of Regan Brashear, Cassidy Friedman and Michael Goodier. We drew from the work of skilled videographers to project the real concerns of Oakland residents who are in support of the Occupy Wall Street and Occupy Oakland movements. We also supplied footage to be aired on Democracy Now!. 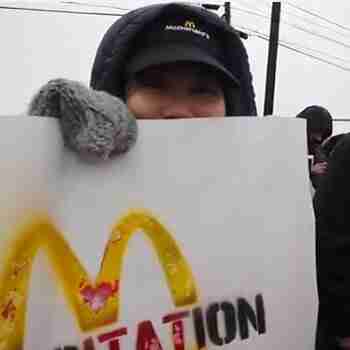 I travelled to Harrisburg, PA to create this video for the National Guestworker Alliance. While organizers Nelson Motto and Sarah Dh worked with the young workers, I began shooting this short film. After 5 days the youth went on strike and this video was released the same day, featuring footage from the strike. I also led the workers in a workshop to create their own signs for the protest. I worked closely with the Communications Director at NGA, Stephen Boykewich, who helped edit the piece. Federal officials and lawyers contacted the workers the next day.